Preview: Steven Gerrard goes back to Anfield as top******

LONDON, Dec. 10 (Xinhua) -- Steven Gerrard's return to Anfield as the coach of Aston Villa will no doubt provide the emotion and the headlines on a Premier League weekend where the top three sides all play at home.。

The games kick off on Friday night with Brentford and Watford looking for three points to help lift them away from the relegation zone, and continues on Saturday lunchtime when league leaders, Manchester City entertain Wolves.。

Manchester City have several injury worries ahead of the game, with Phil Foden, Aymeric Laporte, Gabriel Jesus and Nathan Ake all doubts, while Ferran Torres is still sidelined with a foot injury.。

The Wolves have problems in turning possession into goals, but will think that a City defense that has conceded a goal in their last five games may offer them a glimmer of hope.。

Former Liverpool legend Steven Gerrard has had a good start to management in the Premier League with three wins from his four games in charge at Aston Villa and he now takes his new club to the ground where he spent virtually his entire playing career.。

Gerrard looks to be turning Villa into a team than uses quick short passes, but without Danny Ings, Leon Bailey and Matt Target, although he can expect a warm welcome home from the Liverpool fans, Liverpool players such as the in-form trio of Sadio Mane, Mohamed Salah and Diojo Jota are likely to be a great deal less welcoming.。

Chelsea suffered only their second league defeat of the season away to West Ham last weekend, before a late goal away to Zenit St Petersburg in midweek condemned them to a second-place finish in their Champions League group.。

Coach Thomas Tuchel needs to see an improvement when his side take on Leeds United at Stamford Bridge, although Chelsea's job has been made easier by injuries to Leeds captain Liam Cooper and England midfielder Kalvin Phillips.。

Saturday also sees Manchester United visit Norwich City, whose three-game unbeaten run came to an end last weekend against Tottenham. Ralf Rangnick is likely to stick with his 4-2-2-2 formation, while Norwich are without Brandon Williams, who is on loan from Old Trafford and ineligible to play.。

Southampton have goalkeeping problems ahead of their visit to Arsenal and have signed Willy Caballero on a short-term deal after injuries to Alex McCarthy and Fraser Forster, while Mohammed Salisu and Oriol Romeu are also sidelined through suspension.。

With Tottenham's visit to Brighton postponed due to an outbreak of COVID-19 in the Tottenham squad, there are just three games on Sunday.。

West Ham travel to face Burnley without central defenders Kurt Zouma and Angelo Ogbonna and they could be important absentees in a game between two of the teams in the league that are most effective from set pieces.。

Newcastle United beat Burnley last weekend for their first win of the season and could have a good chance of making it two wins from two games when they visit an irregular Leicester City, whose interest in the Europa League was ended by a heartbreaking 3-2 defeat away to Napoli on Thursday.。

Finally, Crystal Palace entertain Everton, who are still without Yerry Mina, Dominic Calvert-Lewin and Lucas Digne, but received a huge morale boost on Monday when they fought back from a goal down at home to Arsenal to end a run of eight games without a win. Enditem。

With captain Lionel Messi playing in a deeper midfield role, the Albiceleste dominated possession but rarely troubled goalkeeper Alisson at the Bicentenario stadium in Argentina's central-western city of San Juan.。

The hosts managed just three shots on target while Brazil looked more dangerous as they sought to breach Argentina's defense on the counterattack.。

Atletico Madrid forward Mateus Cunha went closest to scoring in a physical first-half, rifling a shot from inside the center circle just over the crossbar.。

Argentina were lucky not be penalized midway through the first half when Nicolas Otamendi struck Raphinha in the face with a stray elbow. The incident left the Leeds United forward with a bloody wound in the mouth that required stitches at halftime.。

Vinicius Junior spurned two gilt-edged chances either side of the interval. First, he chipped a hurried attempt well wide of the target when he had time to compose himself and then he sent a feeble attempt straight at goalkeeper Emiliano Martinez after being set up by Juventus right-back Danilo.。

However, the 21-year-old Real Madrid forward produced what was arguably the highlight of the match when he beat Nahuel Molina with an outrageous rainbow flick before passing to Lucas Paqueta, who scuffed his shot from 12 yards.。

Manchester United midfielder Fred also went close to scoring in a high-tempo second-half with a fizzing first-time effort from distance that rattled the crossbar. Enditem。 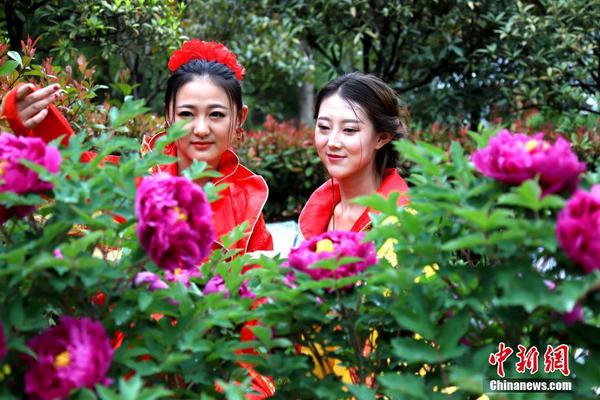 From January to September, the combined operating revenue of 12,557 major garment companies was nearly 1.05 trillion yuan (about 163.9 billion U.S. dollars), up 9 percent year on year, according to the Ministry of Industry and Information Technology (MIIT).。

Total profits of these companies rose 5.8 percent from the same period last year to hit 45.7 billion yuan, with the combined output expanding 9.3 percent year on year to 17.1 billion pieces.。

China's online retail sales of garments climbed 15.6 percent year on year in the period, and its exports of garments and accessories surged 25.3 percent to 122.4 billion U.S. dollars, the MIIT data showed. Enditem。