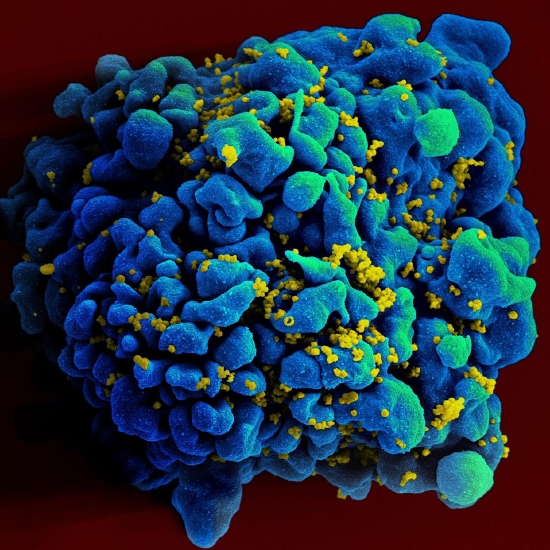 A third person has been cured of HIV through an umbilical cord stem cell transplant, a new method of treatment.

The patient, a mixed-race woman, is now in remission after being diagnosed with the virus in 2013. The previous patients — two men named Timothy Ray Brown and Adam Castillejo — were curved of HIV through bone marrow or adult stem cell transplant.

The "New York patient," as she's being called, had been diagnosed with leukemia as well as HIV, and was given cord blood to help treat her cancer. The cord blood came from a partially matched donor, and the woman also was given blood from a relative so her body would have "temporary immune defenses" during the transplant process.

While both men, who were the first two patients to be cured of HIV, received bone marrow transplants to treat the virus, the woman's case marks a new method in the fight against HIV. 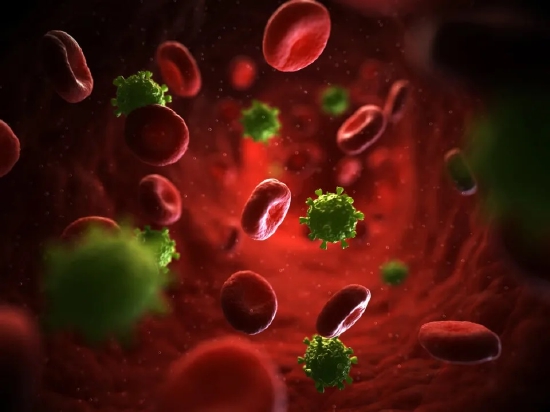 Brown and Castillejo both received bone marrow transplants from donors whose marrow contained an HIV-blocking mutation. Such mutation is rare and often found in donors of Northern European descent.

Although the bone marrow transplant proved successful in both cases, it did not come without consequences for the men; Brown almost died after the procedure and Castillejo lost a significant amount of weight, developed hearing loss and suffered infections.

The woman who was cured through stem cells left the hospital 17 days later and did not develop graft versus host disease, a condition both Brown and Castillejo suffered from following their bone marrow transplants.

The woman received her transplant in 2017, and stopped taking HIV medicine three years later. Fourteen months after stopping antiretroviral therapy, she had "no detectable virus".

The woman had been participating in a study that monitored 25 HIV positive patients in the U.S. who underwent a transplant.

UCLA infectious disease physician Dr. Yvonne Bryson, who led the study that the woman took part in, addressed her case at the Conference on Retroviruses and Opportunistic Infections this week.

"Today, we reported the third known case of HIV remission and the first woman following a stem cell transplant and using HIV-resistant cells," Bryson said in a press conference.

"This case is special for several reasons: First, our participant was a U.S. woman living with HIV of mixed race, who needed a stem cell transplant for treatment of her leukemia," she continued. "And she would find a more difficult time finding both a genetic match and one with the HIV-resistant mutation to both cure her cancer and potentially her HIV. This is a natural, but rare mutation."

Despite the success of the woman's case, researchers caution that the treatment used to cure her HIV is not a widely applicable method.

Dr. Anthony Fauci told Community Health Center, "I don't want people to think that now this is something that can be applied to the 36 million people [globally] who are living with HIV. "

Fauci added, "This person had an underlying disease that required a stem cell transplant. ... It is not practical to think that this is something that's going to be widely available. It's more of a proof of concept."

Faiz had long been looking forward to the expo held annually in Shanghai. "When I bring the carpets here, I also bring the hope of people in my hometown with me," he said in fluent Chinese.。

Last year, he attended the CIIE for the first time, introducing his products to Chinese consumers. Not only had his products attracted lots of buyers, but he also got a chance to display and sell his products in the Greenland Global Commodity Trading Hub, next to the National Exhibition and Convention Center (Shanghai), where the CIIE took place.。

All these boost him to make up his mind to continue his participation in the expo.。

However, it was anything but easy for him to participate in this year's CIIE, and the shipment of the exhibits to Shanghai also went through difficulties, but he never wavered in his determination.。

"It is with great responsibilities that I am here this year." He added the carpets he sells come from more than a dozen towns in central and northern Afghanistan. Therefore, the CIIE was crucial to the livelihoods of many carpet-weaving families there.。

To better cater to the Chinese consumers, they came up with tailor-made solutions this year. Among all the exhibits in the booth, there were also some designed by him and handmade as a mark of friendship for China.。

"Personally speaking, I have studied and worked in China for seven years and the country has offered me educational and entrepreneurial opportunities," he said.。

Faiz said the name of his company is "BRARO" and means "brothers," and just as the name indicates, he strives to seek brotherhood and cooperation in China.。

"I have received bunches of attention and warmth at the CIIE and in China," Faiz said.。

He also hoped that the bilateral trade between Afghanistan and China could be further promoted, and more specialty products from Afghanistan exported to China. Enditem。

A lone gunman shot four people dead and wounded three, including a police officer, on Monday in a Denver-area shooting spree that unfolded at several locations and ended with police killing the suspect.。

Investigators have yet to determine a motive for the rampage, which began around 5pm when the gunman shot and killed two women and wounded a man near downtown Denver, Police Chief Paul Pazen told reporters.。

The suspect then fled in a car and fatally shot a man in east Denver's Cheesman Park neighborhood, before opening fire again in a west Denver community where no one was hit, Pazen said. According to Pazen, the suspect twice exchanged gunfire from his vehicle with Denver officers pursuing him, disabling a police cruiser.。

From there, the gunman drove into the neighboring city of Lakewood, where he shot and killed a fourth person inside an unspecified business, according to Lakewood Police spokesman John Romero.。

The gunman fled from Lakewood police when they attempted to pull him over and engaged in a running gun battle with officers before fleeing on foot and entering a hotel, where he shot and wounded a clerk, Romero said.。

He then shot at police officers again, wounding one of them, before police shot him dead, Romero told reporters. Authorities did not publicly identify the suspect, and said circumstances leading to the shooting remained under investigation.。

The conditions of the wounded officer and civilians were not immediately known, Romero said.。

Anne Wilson, a shopper who was inside a cellular phone store in Lakewood when gunfire erupted nearby, told a Denver-based NBC-affiliate TV station she heard "seven or eight gunshots, and then like another set of maybe five more."

Wilson said she and other customers were quickly ushered by store employees into a back room behind security gates until the danger had passed. "It is scary, scary times we live in," she said.。

BEIJING, Oct. 21 (Xinhua) -- China is considering raising the standard of qualifications required for teachers in a proposed revision to the Teachers Law, Minister of Education Huai Jinpeng said on Thursday.

Teachers will have higher education requirements, Huai stated when delivering a report to the ongoing session of the National People's Congress (NPC) Standing Committee.

An assessment process will be established to examine teachers' professional qualifications, Huai added.

The draft revision proposes establishing a system of salary distribution according to work and performance, and improving the award and discipline system for teachers, he said.

Ethics are highlighted as the most important criteria for assessing teachers in the draft, according to the report.

The draft revision also specifies teachers' rights and obligations. They will enjoy greater autonomy in teaching, have the right to discipline students, and the intellectual property rights to their innovations, it noted.

At the same time, teachers are required to play their part in protecting and assisting minor students.

The draft revision to the law will be submitted to the NPC Standing Committee for review after being further improved, the minister said. Enditem